What is Real Tai Chi?

Tai Chi Chuan is a Chinese Internal Martial Art (a "gongfu" or "Kung Fu" discipline) which follows a clear set of principles in order to develop and use internal power, rather than relying on hard, muscular strength.  These principles are not an arbitrary set of rules; they are qualities of movement and self-protection skills which were laid down in the Tai Chi Classics by the original Masters of the Art. The oldest known Classic is the Treatise of Chang San Feng.  Tai Chi is practised slowly in order to develop precision, balance, breath control, coordination and timing so that, in a fight, these skills can be used effectively at high speed. These qualities make it an excellent form of exercise for people of all ages and levels of fitness.

A Tai Chi form is a sequence of slow, flowing, continuous movements which relax, strengthen and energise the body while allowing the mind to rest, thus bringing about physical and mental well-being. This effect carries over into one’s daily life so that all actions are performed gracefully and without unnecessary effort. Each movement can be used as a means of self-defence, and correct practice trains the mind and body, leading to the development of internal power.

In a Tai Chi sequence, every movement flows into the next without interruption. This continual motion represents the nature of the universe: the interplay of the opposite extremes of yin and yang around a central point of stillness (Wu Chi). From Tai Chi practice, we come to feel more balanced and steady, both physically and mentally. Scientific studies worldwide have shown that older people become less likely to have falls.   In a fight, we are harder to knock over, and in life we are likely to have a fairly laid-back approach to most things. Instead of being caught up in the highs and lows of life like a cork in a stormy sea, we are aware of the still, deep waters beneath the surface and are less affected by the rise and fall of the waves.

For many people all over the world, Tai Chi is a way of life.

Each person can choose whether to practice Tai Chi for health and relaxation only or whether to delve deeper into the art and develop the self-protection skills as well, and each individual progresses at their own speed in a non-judgemental atmosphere.

A higher level of fitness is required for competition fighting but it is interesting to note that the majority of people we know to have actually used their Tai Chi to defend themselves on the street against muggers have been elderly people who had only practised the art for health and relaxation!  The afforementioned muggers were, in many cases,  somewhat surprised to find themselves sitting on the pavement while the old lady they had targeted made off with the handbag they had intended to purloin.

It may seem a little presumptuous  to set up a website with the title "Real Tai Chi UK".  We do not in any way claim to be the only people in the UK practising "real" Tai Chi; there are many great teachers and practitioners out there.  However, during the several decades that we have been teaching this martial art, we have become increasingly concerned about the number of people being misled  as a result of teachers who claim to teach Tai Chi while knowing little or nothing about what it actually is or how to do it properly.

In the UK today, honest Tai Chi teachers struggle to pass on their martial art in the face of  widespread ignorance, mis-information and worse (see Tai Chi Myths Exploded) .  This website is our attempt to set the record straight on behalf of all genuine Tai Chi teachers everywhere and their students.

Since even governing bodies and educational institutions have been misled in some cases - you can now even do a foundation degree in made-up stuff! -  we feel it is important to make information available that will allow people to recognise authentic Tai Chi when they see it.  (See Tai Chi or Not Tai Chi?)

Tai Chi is a Chinese Internal Martial Art which uses whole-body power and the intelligent application of body dynamics rather than brute strength.  When practiced correctly, following the clearly-defined principles described in the Tai Chi Classics,  it is one of the most effective martial arts in the world.

However, because Tai Chi movements are normally practiced very slowly and carefully in order to develop precision, breath control, balance, co-ordination and internal power, by happy coincidence this makes it an exceptionally useful type of gentle exercise which scientific studies around the globe have proved to be of considerable benefit to the health and well-being of regular Tai Chi practitioners.  Therefore, there will always be many people who wish to practice and teach it only for health and relaxation, and it is extremely valuable for this purpose.

This does not, in our opinion, excuse the tendency of those with no interest in self-protection to claim that it is no longer a martial art at all (a misconception which is often quoted in the media and educational materials) when it is actually one of the most effective martial arts ever developed and one from which many of the more popular martial arts have evolved.

Why do we care?

We believe that Tai Chi Chuan is a valuable discipline which we wish to pass on to future generations to the best of our ability.  This does not mean that there should not be a gradual evolution and development of the art but the principles are what make Tai Chi what it is, and where these are ignored or corrupted, it becomes just another type of soft exercise rather than the amazing gift that we have inherited from the original masters, one of whom expressed his own concerns, long before we were born:

"...it is often said, 'the martial arts are easy to learn but difficult to correct.'
The origin of this saying lies in the desire for immediate results.
Nowadays, errors are passed on as teachings and must inevitably lead to
self-delusion and deluding others.
This is a cause of great concern for the future of the art."

His concerns were not based on witnessing any kind of deliberate attempt to defraud the public or undermine the martial art, he was simply expressing his unease at the way in which standards tend to be naturally eroded by the fact that impatience is a common quality of human nature, leading a majority of students to either give up too soon or to rush to collect as much as they can, resulting in a "Jack of all trades, master of none."

You will not find lists here of "approved" styles and schools.  Nor will you find individuals or organisations "named and shamed".   We are not setting ourselves up to be the ultimate judges of individual schools and teachers.   You will make up your own mind.  We can only advise you to study widely and look beyond any glossy hype, apparently impressive credentials or promises of helping you to "cultivate your chi", to the actual quality of what is being offered.

Tai Chi practitioners and teachers are mostly honest, genuine, decent people who are doing the best they can to perfect and pass on their art  while continuing to develop thier own skills and understanding.  We are all students.  Tai Chi is such a rich and varied discipline that you can study it for a lifetime and never get to the end of it. .

In fact it is probably because Tai Chi people are so easy-going that charlatans (whose marketing skills often vastly outweigh their personal integrity) have been able to take advantage of this fact and set up bogus styles and systems without fear of recrimination. In general, the authenticity of Tai Chi courses tends to be inversely proportional to the amount of money you spend on them!

In the end, you will become the judge of what is out there, based on the information you find on these pages and elsewhere and from your own experiences of Tai Chi Chuan.  We can only attempt  to increase the probability that your Tai Chi studies will be a positive and fulfilling experience by enabling you to set out on your journey armed with, if not a detailed route map, then at least a small guide to help you to recognise and avoid a few of the potential hazards and wrong turnings you might encounter on the road.

This is what a current Tai Chi Master has to say on the subject:

"Everyone has different levels of understanding about what Tai Chi is, but only a few people are brave enough to raise this challenging question, ”What is real Tai Chi?”

In general, I think it’s unfair to say that this person is doing real Tai Chi and that person isn’t. I think everybody is practicing and progressing through different stages of learning the Tai Chi art; but when you come to the terms of what I would consider to be proper Tai Chi, I would like to define it according to these few points:


Hard training with know-how, under the instruction of a really good teacher, is the way leading to a high level Tai Chi master.” 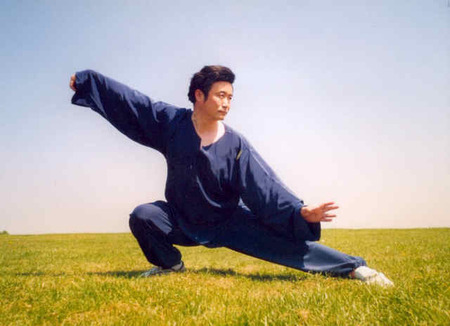